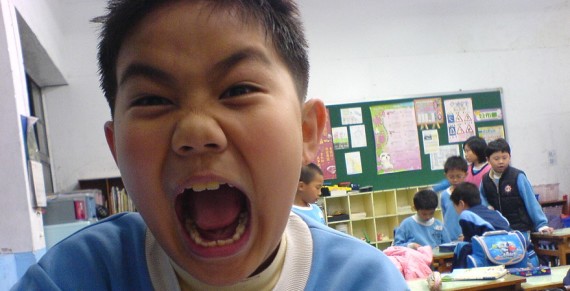 Mikey was a challenging fourth grader. He broke down in tears often in the beginning of the year. Reading was hard. Math was hard. Recess was hard. Everything was hard. He crumpled work papers, fought on the playground, and teased other kids. It was even worse when I wasn’t there. A substitute teacher once reported that he had been jumping off of tables, showing skateboarding moves. Several kids reported that he had etched “F**K” on the side of a bookshelf.

But he came so far. By the end of fourth grade, meltdowns were rare. He felt more confident as a student, and as I provided steady, firm, and kind guidance, he settled into himself and relaxed. He still often had a mischievous twinkle in his eye, but he was more likely to tell an appropriate joke or do something silly than he was to be hurtful or destructive. I looped with that class, and through much of fifth grade, Mikey made strong and positive progress. By March he was practically reading on grade level, he was a responsible and trustworthy student, and he had lost his reputation with other school staff as a trouble-maker. I knew he was ready for middle school.

And then came May, and it all feel apart.

He would explode, seemingly out of the blue—shouting in anger at me or a friend. He stopped bringing in homework. He put in little effort at all, even on year-end choice projects that were so motivational for others. Tears returned with a fury.

I went to Gail, a colleague of mine, seeking advice. I described Mikey’s behaviors with frustration and annoyance, but her response shook me up—it wasn’t what I was expecting: “He loves you,” she stated. “He trusts you, he feels safe with you, and he’s terrified to leave. You know, it’s easier to leave mad than sad.”

Over my career as a classroom teacher, I have seen this same thing happen again and again, both with my own students and with colleagues’. It seems like sometimes the further our most troubled kids climb during the year, the further they fall at the end. This can be incredibly frustrating. After all, as teachers, we pour our hearts and souls into our students, and the ones who are the neediest are often the ones we attach to the most. To see them crumble at the end of the year can make us wonder if we accomplished anything at all.

In the midst of the craziness of the end of the year (state testing, report cards, final projects, IEP paperwork, placement meetings, etc.), it can be easy to lose sight of how scary this transition is for our most needy students. Many are about to begin summers on the streets. Many are terrified about what the next year will bring. And many love you and care about you, and they don’t want to leave you. This can be especially acute for children who come from homes with lots of adult transitions and instability. For the past nine months, you have been the most (and maybe the only) stable adult in their lives.

So, as students are melting down and seeming to regress over these next few weeks, remember to have empathy for them. They probably don’t know why they are crashing, but they need your kindness, firmness, and love more than ever.

As for Mikey, he gave me a gift on the last day of school that I’ll never forget, and which confirmed my colleague’s wisdom. The last day was over, and I was sitting at a table in the back of the room, emotionally and physically exhausted. Mikey appeared at the door. I think he had ridden his bike halfway home and then returned. He put a present on the table, gave me a quick hug around the neck, and with tears streaming down his cheeks whispered, “Thanks, Mr. A.” He ran out the door. Inside the brown paper wrapping was a plastic framed certificate he had made himself on his home computer: “To Mr. Anderson: Certificate of Friendship and Teaching, From Mike V.” It’s one of those student gifts I’ll keep forever.

Mike Anderson
Mike Anderson has been an educator for more than 25 years. A public school teacher for 15 years, he has also taught preschool, coached swim teams, and taught university graduate level classes. He now works as a consultant providing professional learning for teachers throughout the US and beyond. In 2004, Mike was awarded a national Milken Educator Award, and in 2005 he was a finalist for NH Teacher of the Year. In 2020, he was awarded the Outstanding Educational Leader Award by NHASCD for his work as a consultant. A best-selling author, Mike has written eight books about great teaching and learning. When not working, Mike can be found hanging with his family, tending his perennial gardens, and searching for new running routes around his home in Durham, NH.

Teacher language can be a great focus for a New Year’s resolution. After all, we all use language with... 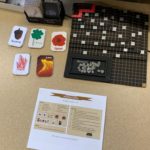 Tap into Self-Motivation with an At-Home Project 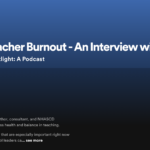 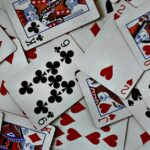