A Brief History of Behaviorism, Part 3

What If There's More to Behavior than Behaviors?

In the previous post in this series, we explored BF Skinner and his development of the token economy system.

Perhaps Skinner’s most notable criticism has come from Edward Deci. Interestingly, Deci attended the same college as Skinner, Hamilton College in New York. Deci says that as an undergraduate in psychology he was “steeped in the principles of behaviorism: Deliver a reward for a specific, identifiable behavior and do so as soon after the behavior as possible; focus on rewards rather than punishments; and be consistent delivering the rewards” (citation: Why We Do What We Do: Understanding Self-Motivation, Deci and Flaste, p. 19). However, he became increasingly concerned and frustrated by a dominating view of human passivity that he didn’t share. It just didn’t seem true that people only do things to gain a reward.

He also had questions about the effects of behaviorism. What happens to curiosity and vitality over time? Why do young children seem so curious, and why do so many people seem to lose this curiosity as they get older? He started digging in more depth into a term coined by scientist Harry Harlow a decade earlier after he had observed rhesus monkeys playing with puzzles without getting food or other rewards. The term? Intrinsic motivation.

Intrinsic motivation refers to motivation that comes from within. We are intrinsically motivated when we do things for the simple pleasure those actions bring. It’s why we might read a book for pleasure, solve crossword puzzles in the evening, or learn to play the ukulele on the weekends. It may be why young children continue to refine their own language development—becoming more precise and articulate even when not corrected by adults (Brown, 1973). Psychologist Mihaly Csikszentmihalyi has done incredible research into what he calls “autotelic activities”—things that we do because they are enjoyable as part of his work with flow theory (see Flow: The Psychology of Optimal Experience, 2008).

Deci’s work has also revealed a critical and discouraging side effect of behaviorism—that the use of extrinsic rewards diminishes intrinsic motivation in the long run. Upon reflection this shouldn’t actually be that surprising. B. F. Skinner and other behaviorists focused primarily on behaviors, not inner drives. Remember that Skinner’s work was guided by his belief that free will and moral autonomy are to be discouraged. It stands to reason that practices that focus on controlling people’s behaviors might actually diminish their sense of autonomy and other intrinsic drives.

Many Alternatives to Behaviorism

Deci and colleague Richard Ryan have studied motivation for decades and have founded Self-Determination Theory which has helped reshape our understanding of human motivation. This theory helps highlight the role that self-motivation plays in human behavior, and recent decades have seen numerous theorists, authors, economists, therapists, and educators explore and implement this important new understanding of the power of intrinsic motivation.

Dan Pink’s highly engaging and best-selling book, Drive: The Surprising Truth about What Motivates Us (2009), explores the work of Deci and Ryan in depth and helps businesses and organizations tap into the research on intrinsic motivation in practical ways. (Here’s a fantastic overview of intrinsic motivation by Dan Pink!)

Ross Greene, a psychologist and child advocate has done incredible work with schools and other organizations that work with children to help move toward non-punitive discipline practices that rely on teaching skills and setting appropriate expectations rather than relying on extrinsic reward systems.

Others in the field have also helped guide us toward understanding motivation in more nuanced ways. Abraham Maslow’s treatise, A Theory of Human Motivation, first published in 1943, helped us understand the idea of meeting physical and psychological needs as a hierarchy. Once people meet the most basic physical and emotional needs for food, water, safety, and security, they become motivated to reach for loftier needs such as belonging, esteem, and eventually self-actualization. He showed that behavior is also driven by internal needs rather than solely external rewards and punishments.

And of course, these are just a few people who have developed alternatives to behaviorism.

Behaviorism Seeps into Schools and Homes 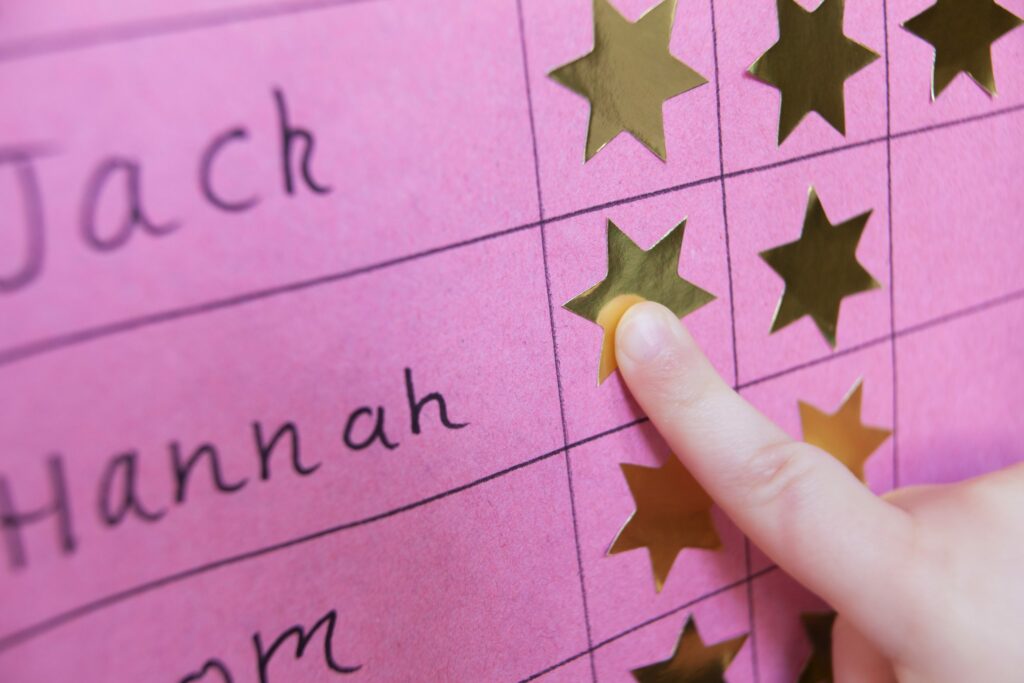 By the mid 1970s, many people began to be uncomfortable with elements of behaviorism. For example, Skinner found that rats only responded to food as motivation if they were hungry, so he kept his lab rats at 80% of their natural body weight. After all, a rat that’s full isn’t going to run a maze to push a lever. The same principle applied to people. In order for the token economy system to work, subjects need to be kept in a state of deprivation, and people started to question the morality of depriving prisoners, mental patients, and children of privileges. As these concerns raised many red flags, many programs started to lose funding and were shut down.

Interestingly, as these systems largely disappeared in clinical settings, they transitioned to widespread use in schools and homes, a setting they were not designed for. Parents posted sticker charts in kitchens, schools offered cash for turning in homework, and I used chips with the promise of pizza to control my students. (That’s a reference to a story I tell in TMC—about a classroom management system I used early in my career to bribe students into good behavior—it seemed to work at first and then crashed spectacularly.)

One of the most popular behaviorist approaches used in schools was the Assertive Discipline method, developed by Lee and Marlene Canter—a system I remember from my own childhood. As Kathy Vatterott explains in her practical and compelling book for teachers, Rethinking Grading: Meaningful Assessment for Standards-Based Learning (p. 11), this was a model that emphasized rewards for good behavior and consequences for bad ones. The most typical implementation of the system was that a student would have their name written on the board as a warning after a first infraction. Checkmarks were then added for each subsequent infraction, with consequences escalating along with the checks. In my 7th grade English class, the first check was an afterschool detention and the second check added a removal from the room and a call to a parent. (As one of many students who resented this system, my goal each day was to get my name on the board and not ever get a check. Gaming the system was my way of maintaining my autonomy one way or the other!)

Grades were also used to modify behavior. As Vatterott explains, grades “turned out to be quite handy for rewarding virtue and punishing vice. They were an all-purpose tool—for rewarding not only achievement but behaviors such as compliance and responsibility” (Rethinking Grading, p. 11-12). Students’ grades could be connected with (and impacted by) behaviors such as whether or not they brought in their homework, the neatness of work, and class participation. In one of my son’s 9th grade classes, students could get bonus points for remembering to put their phone in the “phone hotel” when they entered the classroom, and I have even heard of kids getting academic bonus points for bringing boxes of tissues.

For several decades now, behaviorism has been well-established as a management paradigm. The basic philosophical principle that behavior is what is most important (and it is teachers’ and parents’ jobs to control behavior through the use of incentives) is rarely questioned or even noticed (Punished by Rewards: The Trouble with Gold Stars, Incentive Plans, A’s, Praise, and Other Bribes, Kohn, 1999), and it permeates schools across the US from preschools through high schools and beyond. This has had devastating consequences for motivation and learning (Tackling the Motivation Crisis, p. 10-32).

But that’s not all there is to the story. There have been other forces at work over the past century which have paved the way for token economy systems to be used in schools

To read on, check out the next post in this series: The Factory Model of Schooling 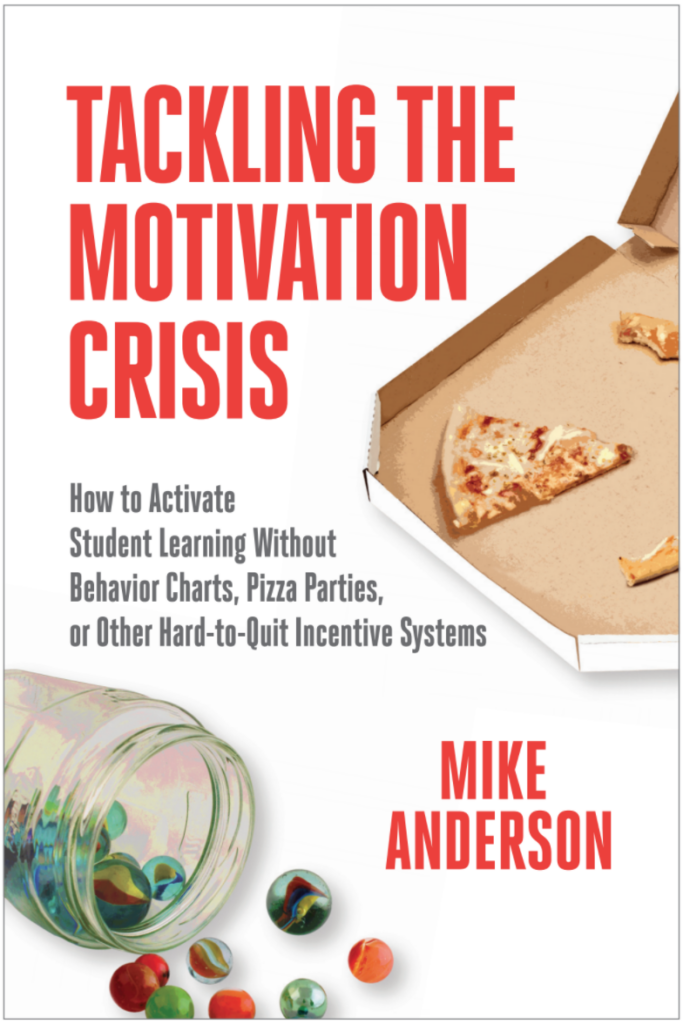 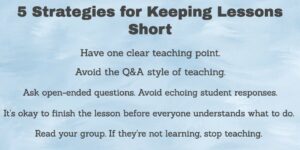 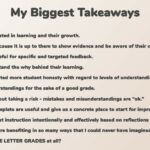 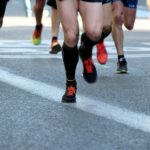 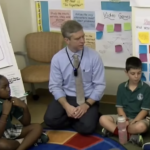